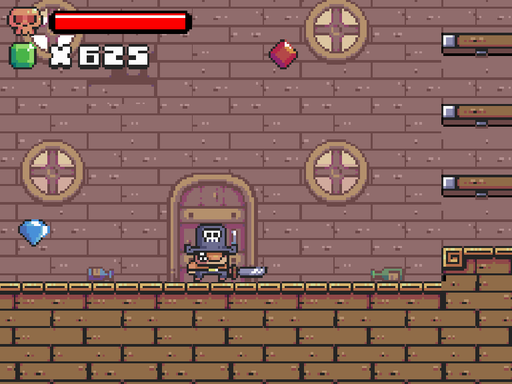 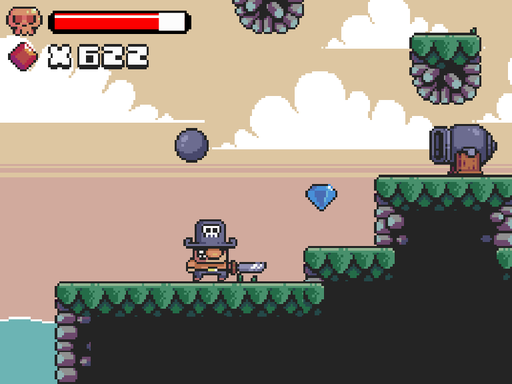 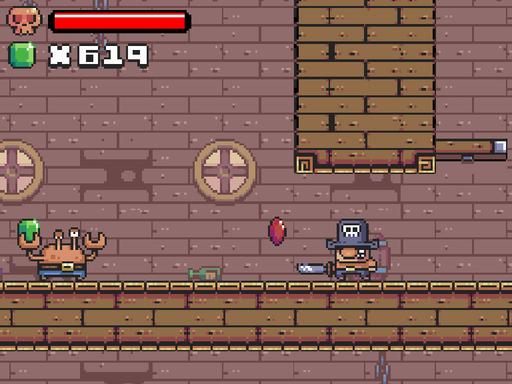 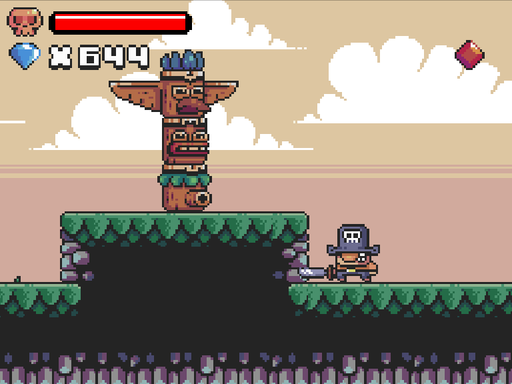 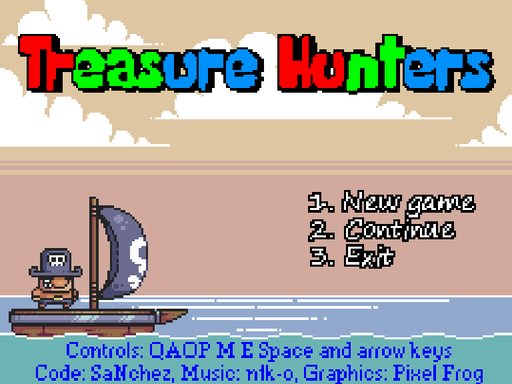 You can download and try this demo for free. It contains a part of the game world with one boss. The archive contains versions of the game for ZX Spectrum Next and Windows. The English language is supported.

Please do not distribute the downloaded files, instead, share the link to this game page.

One day, Captain Clown Nose finds himself on a desert island, where he stumbles upon a tall palm tree. Under which, he discovers a huge treasure chest. Though sadly for him, he also discovers that the chest is sealed tight with a huge lock.

Trying in vain to open the lock with his sabre, he decides there’s only one thing for it…

A bomb should do the trick! He carefully placed the bomb under the chest, waited a few seconds, and then…

BOOM! The chest blew open, scattered its treasures all over the island!