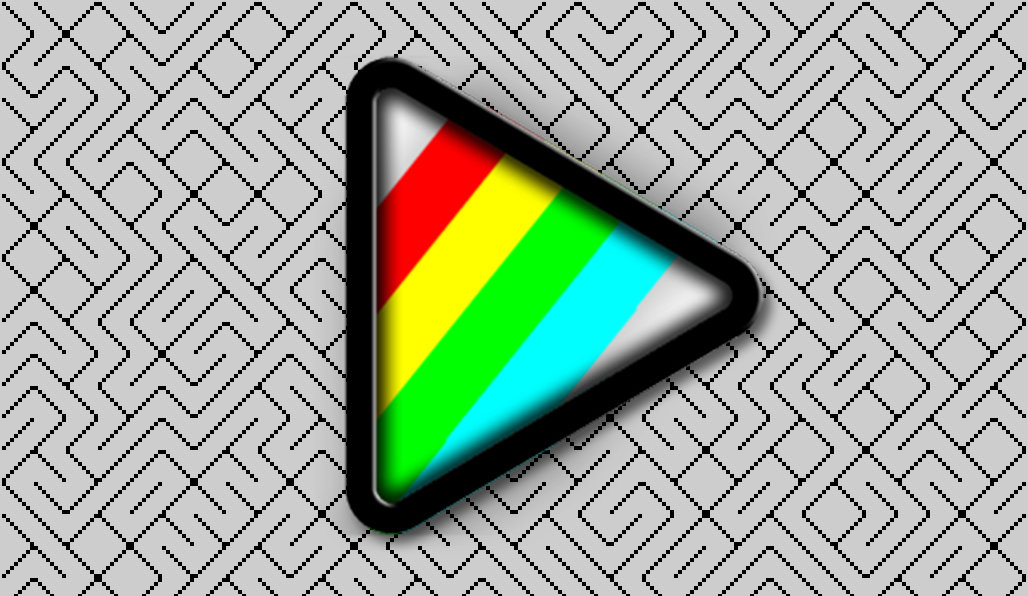 A story about a boy named Vova who liked to play games, or why we need another game contest. If you want to jump right to the contest description – feel free to click here.

Sometime in the distant 1980s, in a small town in the foothills of the Siberian taiga, there lived a boy named Vova who loved playing computer games. While there was no computer, he dreamed of building one – he studied electronics, collected ICs, and other electronic elements, read enthusiastically obscure technical books for high school students.

But then his parents saved up some money and, seeing Vova’s misery and struggles, bought him an inexpensive computer that could be connected to an ordinary TV set and a cassette recorder and play real color computer games.

They did not realize at the time that this computer would seriously affect the rest of Vova’s life. Because it was a crude, but workable clone of the then-popular ZX Spectrum computer.

And what about Vova? At first, Vova played games on the cassette supplied with the computer, and then, having played enough, he began to look for like-minded people in his town, to exchange games with them, breathlessly copying games from cassette to cassette, and even trying to program something on ZX Spectrum, making his first steps in IT. There was no Internet yet in his small town, so there weren’t many games for the boy to play. He had no idea then how small a part of the iceberg was visible from his window.

Time passed, the boy grew up, went to university, and chose to further improve himself in Informational Technology. He got a job in a technical specialty and earned good money.
But then, one rainy day, sometime in 2005, a family man named Vladimir absolutely accidentally stumbled upon a website, which was a collection of games for ZX Spectrum.

In a nostalgic rush, Vladimir spent a whole evening exploring the site. It had all the games he had played as a kid, but there were even more that he hadn’t played. Although this is an incorrect comparison – there were not more, but many more. There were ten, fifty times more. And Vladimir had an unbearable desire to play all these games.

But it was very difficult to play. First, you had to download the game from the site to load it into the emulator. The games were downloaded in one folder, and you had to search for them in a folder. It only sounds short and simple, but if you want to watch just a hundred games, these simple actions take a lot of time.

So Vladimir put all the IT experience he gained working as a web developer to work and made his own website, where he could play games without downloading them. In addition, the site had a handy list for games that offered to play games he hadn’t yet watched, and the games he had watched and liked could be saved in folders. In addition, Vladimir realized that he wouldn’t have as much enthusiasm for reviewing games if the gameplay kept resetting to the beginning, so he implemented a game save mode on the server so that the accumulated game progress would never be lost again.

That’s when Vladimir realized how big the world of ZX Spectrum was. All in all, about 25 thousand different games were released until 2000, and that’s not counting the versions with different loaders and localizations. And even more, he realized how many interesting games had passed him by as a kid. While they looked unsightly, they were capable of seriously pulling in a careless retro gamer.

Indeed, the boy Vova did not have the opportunity to get all these games. And in his small town they brought only the games that were on sale, that is, the ones that were liked by some other people (let’s call them sellers or marketers), and who based their choice on the appearance of the game cassette, the package or the name of the game, completely unaware of the content of the game, its gaming qualities.

And all the other games were left out. Unknown, unplayed, and forgotten.

So why do we need another game contest?

And then Vladimir realized one more thing. Developing games for ZX Spectrum is a special kind of art. Almost no one nowadays will develop something for ZX Spectrum to make a living income. They come here to create. After all, it’s a miracle when you cram into 48 or 128 kilobytes and 15 colors a whole world that can interest an inquisitive player for hours, if not days!

There are now about a hundred, maybe two hundred people from all over the world developing games for ZX Spectrum. It’s incredible, but their efforts help to release hundred of new ZX Spectrum games per year, and even more. And the saddest thing is that out of hundred games only 10, maybe 20, become “famous and popular”. But it shouldn’t be like that. Because each ZX Spectrum game is a diamond, where authors put their heart and soul. And every game has its own special charm.

We decided to create an annual ZX Online Awards contest to support and promote all games developed for ZX Spectrum these days. So that not a single game would be relegated to the margins by the will of marketers and sellers so that every game would have the right to be played and appreciated.

This year we’re running the ZX Online Awards 2022 trial, with only 33 games developed in 2021. These are not all of the games for 2021, but we believe that only the author of a game should decide whether or not to enter the contest, and in the short time we have not been able to contact every author and invite them to participate.

There will be awards in several categories. Not all will get prizes, of course. But that doesn’t mean that only the “very best games” will be awarded prizes. That’s the point, to evaluate games from different angles. Some games are really beautiful and some games don’t have any graphics or music at all, but they’re still fun to play. Simply put, we’ll be looking for “diamonds.”

You’ll probably be interested in participating, too. Why not? You don’t even need a hardware ZX Spectrum for that – all the games can be run in the online emulator right on the voting page.

P.S. All names are imaginary and coincidences are always non-random.

Hi Epsilon. I think most people on the third world, in places like Brazil where I live, have similar first contact with computers and video games. For me here computers, even ZX Clones, where too spensive for my parents. But whe had a boom of Atari 2600 clones in the 80s here, and that’s how I got into video games. We had no money for buying games, so we have to exchand games and rent games (there was a time on every wuarter have a garage video game rent store). Whe I start to work, with 15 year old (1996),… Read more »

Hi Paulo. Thanks for sharing your story. A small income is very important. First of all, it feels good, and secondly, people can tell an author that he is good, but when they transfer some money to his account, that can be considered the truth and true recognition of his work. The whole ZXOnline project is about that. True creativity should be rewarded.

Last edited 11 months ago by Epsilon
1

Is the Atari 2600 still popular today in the retro community?

It has it’s niche. Here in Brazil the community is small, there are a few developpes using Batari Basic to make new games. The 16 bit consoles where the most popular here, and still are. On computer side the MSX had a relevant and numbered community in Brazil, the ZX have a smaller community (whe had here only 48k clones on the past), but it does exists.

Thank you so much for sharing your story. I think the friendly competition is a wonderful idea, and I look forward to indulging in a whole bunch of new games. I’m 43 and so to be able to play *brand new* software on a computer I had as a 9 or 10 year old (and still use!) is truly wonderful. Thank you to you and your developer colleagues keeping the scene alive. Its simply magic – best regards

Last edited 11 months ago by RomamoramenTo
1