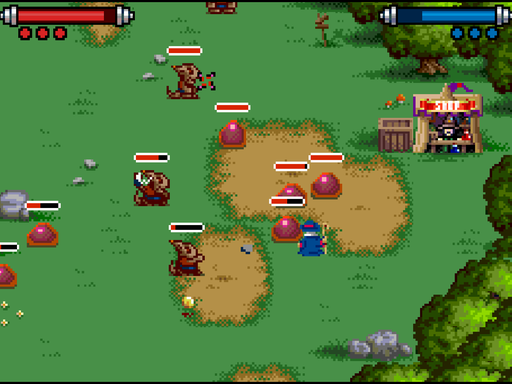 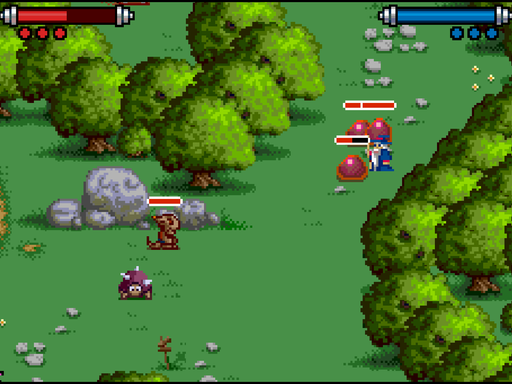 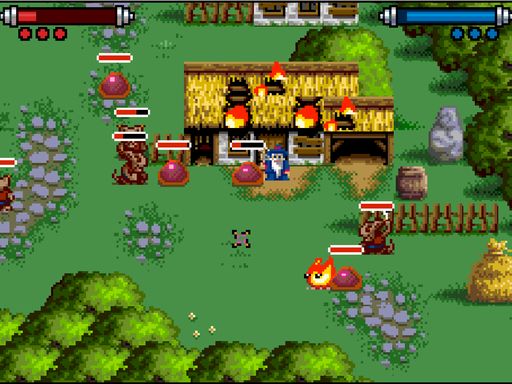 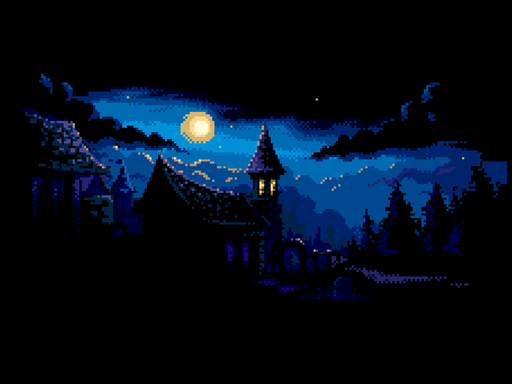 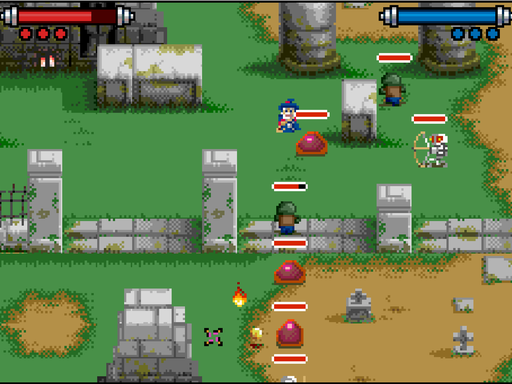 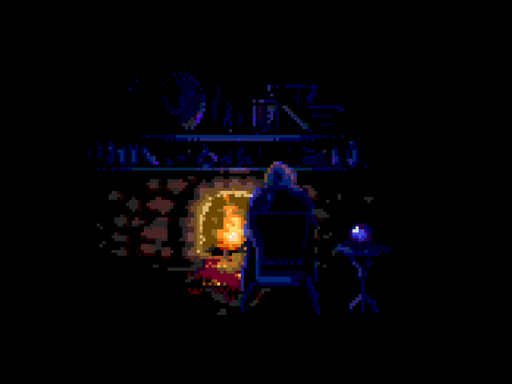 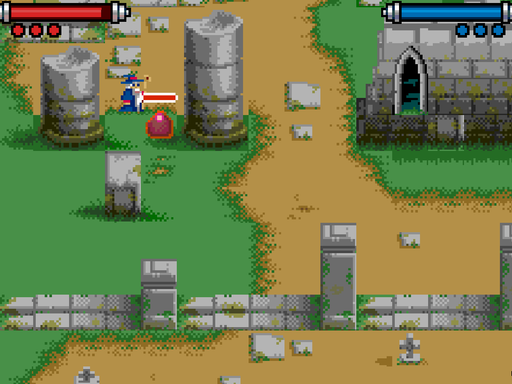 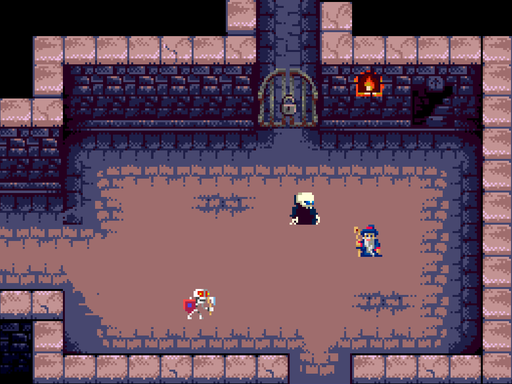 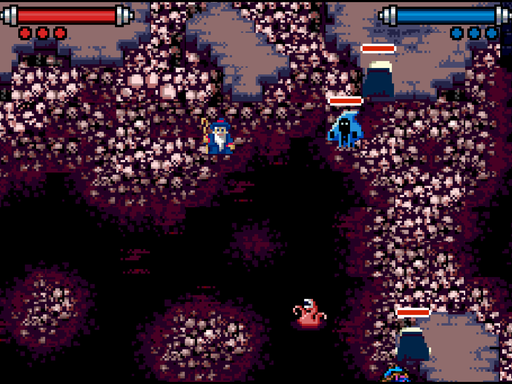 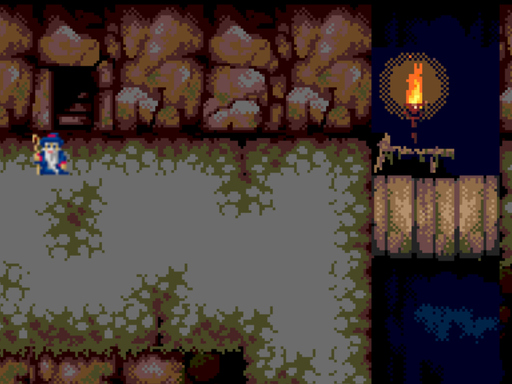 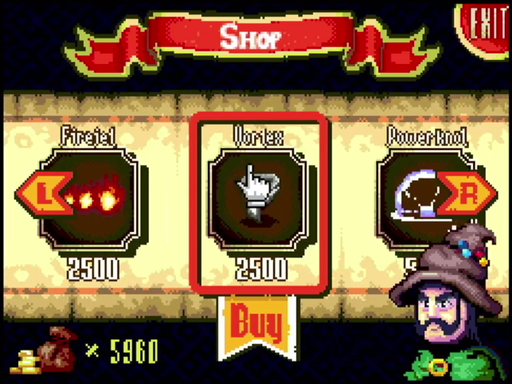 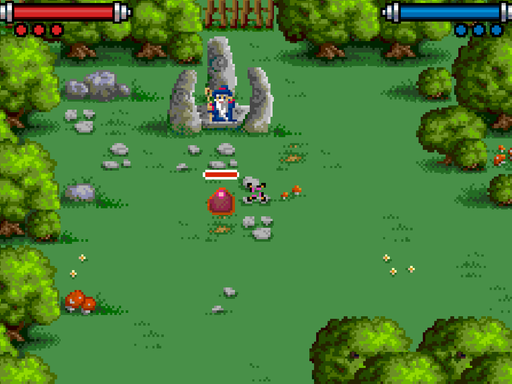 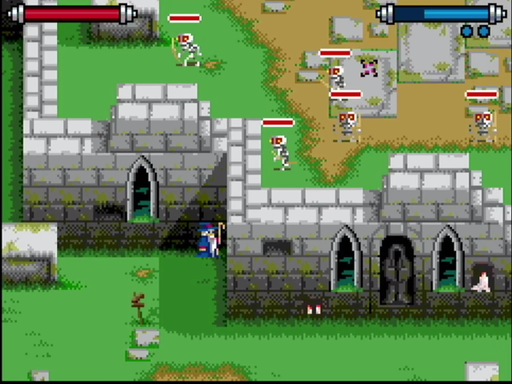 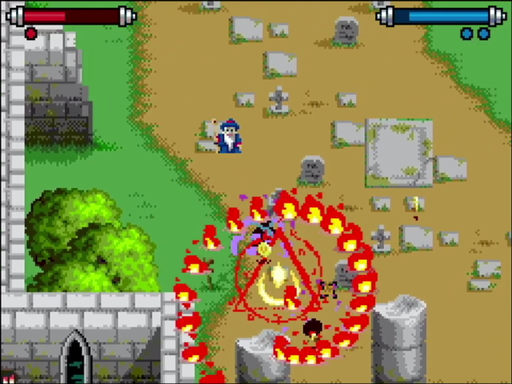 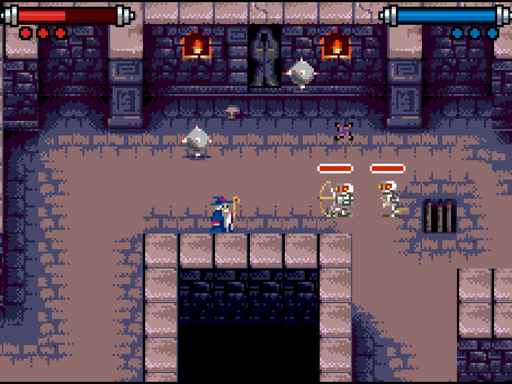 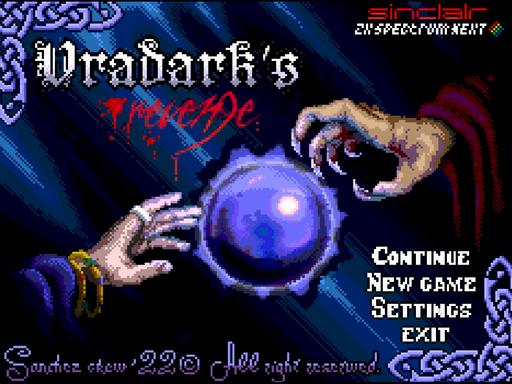 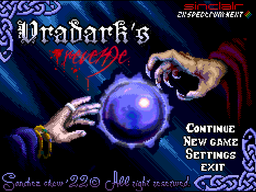 He came back to get revenge!

Demo files are available for anyone. You can download and play them using your ZX Spectrum Next hardware. Please do not distribute binary files, instead share the link to this page.

The authors put an enormous amount of effort and time into game development, often at the sacrifice of their personal lives and health. You can support them by buying some Virtual Magic and adding a little more to the purchase sum. This bonus won’t give you an advantage in the game, but it will help the authors in their further development!

At least the authors won't die of thirst. And that's a good thing!

If you apply this fireball to the authors, they'll work 10 more hours creating new games!

Oh, a great choice - a plasmoid charge! You sure know a thing or two about motivating people. Thank you!

A serious man's choice. Why trivialise when you can apply Cold Sky! Authors won't find themselves with a rush of motivation, you can be sure of that!

Short and to the point. We hear you. Each of the authors will personally receive a Thunderbolt, no one will escape from this weapon! Thank you!

Hero needs to save a friend whose soul is imprisoned inside Vradark’s orb. The Necromancer is not defeated and full of strength, was able to swap places with him, occupying Hero’s friend’s body. He decides to return to the place where it all began, to the ancient, dank tombs, to meet Vradark face to face, to defeat him and to carry out the soul swap to free his captive!

“Vradark’s Revenge” is a fantasy game in the Action RPG genre. The game has several levels, each one inhabited by a different evil Demon. The player plays as a Wizard, the goal of the player in each level is to find the Demon, at the same time destroying all sorts of magical evil things and boosting his abilities, and in the final battle to destroy the main Demon. Repeating this action in each subsequent level, the player will eventually reach the Vradark – the main villain.

By killing evil spirits in the process, the player also earns money which they can spend in the magic shops which are found in each level.

If the player character runs out of health points, he dies and is revived at the beginning of the current level, losing equipment and money. If, however, the player dies in battle against one of the bosses, they have a chance to fight the boss again. But to do so, he must win in a special minigame.

The top line of the playfield shows the character’s statistics. The mini-map (which can be opened with the M key) is initially empty, but as the player completes a level, new locations open up on the map. To kill monsters the character has two weapons – basic and additional, which can be changed and improved in the magic shops.

Aiming at enemies is done with the mouse, and character movement is done with WSAD, 8-button joystick or cursor keys. You can also use your own redefined keys.

How To Update The Game?

To upgrade to version 1.1 on physical edition, unzip the contents of the Vradark Revenge 1.1.zip archive to an SD card into the VradarkRevenge folder, progress and game settings will be preserved.

To everyone who supported our development with kind advice and materially on our Patreon page.

Including (but not limited to):

Thanks to all others, who take interest in our work and support us! 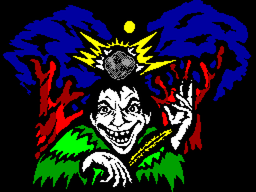 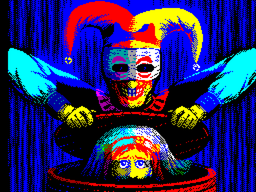 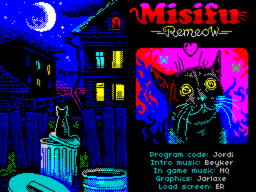 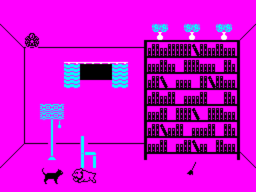 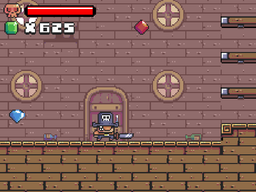 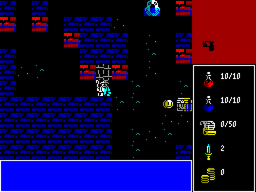